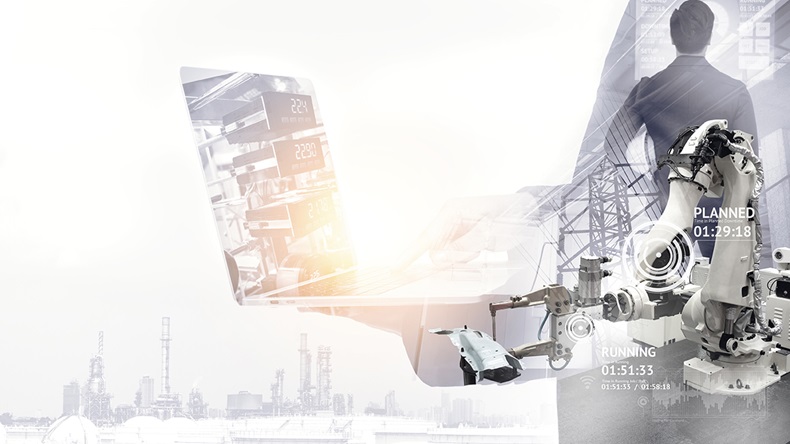 Source: Zapp2Photo/Shutterstock.com Ki's algorithm-driven underwriting could reduce the Lloyd's market's expense base and give Brit a competitive advantage

Reforming the lead-follow process is a key facet of the Future at Lloyd’s modernisation project and Brit’s announcement of its planned Ki syndicate could prove a significant development within these reform plans.

Although it is difficult to fully judge the syndicate’s merits until it is operational, if successful Ki could provide Brit with a significant competitive advantage as the Lloyd’s market modernises its processes.

One of the key drivers behind the Future at Lloyd’s initiative is to cut operating costs. While the development of a platform such as Ki will involve an initial outlay, it is likely algorithm-driven following underwriting will deliver greater efficiencies as the market looks to reduce its cost base.

John Neal, chief executive of Lloyd’s, said the launch of Ki represented an “exciting first” for the market in evolving the way it transacts business, while Brit chief executive, Matthew Wilson, said the “quantitative-based approach to insurance” the syndicate will provide could “do what quantitative hedge funds did to capital markets in the 1990s”.

Lead-follow reforms are among the most important components of the Future at Lloyd’s project and among the most hotly debated, particularly given concerns among smaller syndicates they may face restrictions on serving as lead markets.

The Lloyd’s Market Association, which is leading the lead-follow workstream within the Future at Lloyd’s initiative, has insisted any syndicate, regardless of its size, will always have the choice to be a leader or follower providing it meets certain standards, which are in development at present.

Maintaining sufficient underwriting oversight of follow business will be critical to the success of any initiatives implemented to reform the lead-follow process.

To date, Beazley has launched perhaps the most successful low-cost mechanism for playing following business.

Beazley’s smart tracker “beta” syndicate 5623 enables the insurer to write facilities business without the overheads it has for its lead business, with the backing of third-party capital.

Syndicate 5623 has started from a small base but is growing rapidly. During the first quarter the syndicate’s gross written premiums more than doubled to $31m, on the back of $36m of premiums during full-year 2019. This itself represented year-on-year growth of 330%.

Analysts have highlighted the potential of the syndicate. Jefferies said it expects demand for the platform will increase as market hardening continues, both from brokers seeking to place business at a lower cost and from investors seeking to take advantage of improving pricing conditions.

Beazley’s chief executive, Andrew Horton, has suggested the syndicate has the potential ultimately to write $1bn or more annual premium. Jefferies’ analysis suggests it will reach $80m in 2020.

Tremor, one of the second cohort of Lloyd’s Lab participants, has advocated another approach to reforming the lead-follow process. The company has created a programmatic reinsurance marketplace that removes the lead-follow model and uses auction technology to enable a syndicate of any size to bid as much or as little as it likes at the price it wants on an equal footing with competitors.

One of the lessons from Covid-19 has been that Lloyd’s can continue to function in a digital environment, but the market’s continued high cost base highlights the need for initiatives such as those being taken to reform the lead-follow process.

Tremor founder and chief executive, Sean Bourgeois, will be among the participants at Insurance Day’s forthcoming webinar on digital trading and the future of data in the London market – register here to attend.