Existing Subscriber? Sign in to continue reading. If content does not display, please refresh your browser.
Sign In
New to Insurance Day? Register for our free email digests:
Register
Tags:
Coronavirus

Efficiency and liquidity will be essential for pandemic pools

Under pressure to react to Covid-19 criticism, the insurance industry may offer more of an expert role rather than capacity for future crises 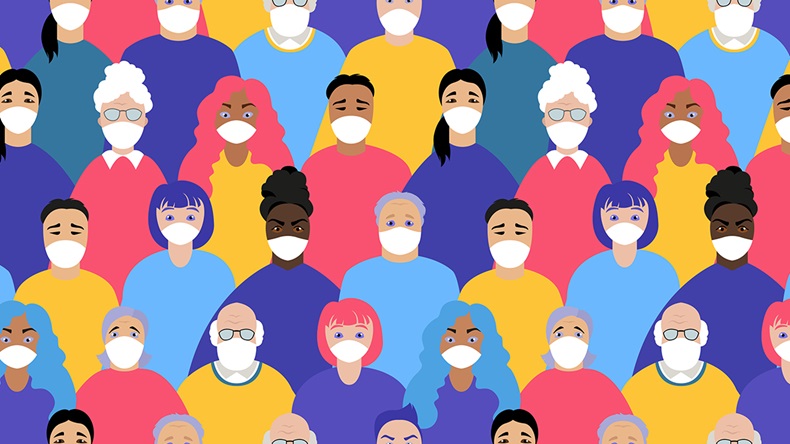 Insurers can take at least one lesson from the Covid-19 crisis: wording-based, flat denials of business interruption coverages during a time of global economic lockdown are not conducive to popularity.

It is not surprising, then, that discussions have started to take place around the world about the setting up of risk-sharing mechanisms to make sure business owners are not abandoned if a threat like Covid-19 should happen again in the future.

In the UK, a steering group, led by Convex’s Stephen Catlin, has been created by the industry to formulate a response to future pandemics. It is working alongside Pool Re, the UK’s terrorism reinsurance backstop.

Elsewhere, on April 22 France’s insurance association, the Fédération Française de l’Assurance (FFA), announced it is working on a plan to create a pandemic mechanism, which it aims to have ready to send to the government before the end of this year.

In the US members of Congress and state parliaments have started to discuss ways to guarantee business interruption coverages for businesses affected by pandemics. Ideas have been floated such as the incorporation of pandemic risks into the Terrorism Risk Insurance Act (Tria), the US’s terrorism risk government backstop, or to be covered by a specialised mechanism, perhaps similar to the National Flood Insurance Programme (NFIP) or Tria itself.

The industry has its work cut out in this matter. After all, it will need to convince governments the “sharing” part of the idea will be done mostly, if not exclusively, by the tax-payer.

“The impact of this pandemic event is immense, across multiple geographies, many companies and many lines of insurance. Its scale is beyond the financial capability of the insurance sector to manage on its own,” David Priebe, chairman of Guy Carpenter, says.

“A government solution is required if we are going to be able to provide forward-looking coverage and protection for businesses throughout the world.”

Cash-strapped governments, which will bear the financial burden of Covid-19 almost fully, may ask themselves why they should bother to create a new scheme that would not relieve the public purse when viral catastrophe hits again.

“The impact of this pandemic event is immense, across multiple geographies, many companies and many lines of insurance. Its scale is beyond the financial capability of the insurance sector to manage on its own”
David Priebe
Guy Carpenter

The industry will have to sharpen its arguments to come up with an idea that can prove there are more efficient, if not necessarily cheaper, ways to deal with the risk. It could, for example, argue it provides a more seamless way to get money to businesses than the sometimes messy systems of state support, which have leaned on the banking industry so far.

“A pooling or sharing mechanism involving the insurance industry makes much sense, especially from a governance point of view,” Ivo Menzinger, head of Europe, the Middle East and Africa and product management at Swiss Re, says.

“The insurance industry has the ability to adjust claims according to the actual loss. Having such a mechanism is superior to many of the ad hoc emergency measures governments have devised. It allows for a more targeted use of taxpayers’ money to re­imburse and indemnify those who actually suffered a loss due to the mandated lockdown. Liquidity can be provided through partial parametric payouts.”

The actual configuration of the pooling mechanism can draw on experiences already in place. Menzinger points out there are at least 100 permutations of insurance and reinsurance pools functioning around the world, which between them offer features that have worked well and could be adapted to the specifics of pandemics. “Mostly, we need to have absolute clarity on what is covered through the pool,” he says. “Ideally, the pool could cover non-damage business interruption following infectious diseases in general and we would no longer have standard insurance policies covering them.”

Some advocate the establishment of a single risk pool that focuses on business interruption disruptions caused by pandemic risks, which could be partially pre-funded via premiums or post-funded with government guarantees, with the insurance industry acting as a facilitator to the process. The former approach is similar to Tria or to France’s Caisse Centrale de Réassurance schemes and would entail insurers assuming a first layer of losses, while the latter would be more like the fully state-funded NFIP in the US.

“People are discussing the creation of a separate standalone pandemic policy with defined pre-agreed limits, so when an event happens it is known what is available and payments can be made immediately,” Priebe says. “Limits can be defined based on the size of the business, which can be factored either by the number of employees and their wages, or on sales, and it would provide cover for the period of a potential shutdown or reduction of normal operations.”

Other ideas have also been floated to take advantage of existing structures with pandemic risks added to them and adapting funding strategies as needed.

“Why should we create two bureaucracies, one for terrorism and another for pandemics?” Zachary Finn, director of the risk management and insurance programme at Butler University, asks. “Why should government treat risks as silos when insurance and risk management 101 teaches us the right thing to do is to create a portfolio of risks? You put terrorism and pandemic in the same portfolio, hope they are un­correlated and when companies buy terrorism coverages, they also get pandemics.”

Finn, who has sent to members of Congress a proposal for legislation with that aim, argues other systemic risks like cyber can be attached to Tria. He believes the cost of a general systemic risk policy could be reasonable for companies as the volume of buyers would be much higher than that of Tria-supported terror policies. This is because many regions of the US are not exposed to high levels of terror risk, so they do not buy the protection. But pandemics and cyber are a much more fungible risk and businesses would feel the need to purchase it.

“Why should government treat risks as silos when insurance and risk management 101 teaches us the right thing to do is to create a portfolio of risks? You put terrorism and pandemic in the same portfolio, hope they are un­correlated and when companies buy terrorism coverages, they also get pandemics”
Zachary Finn
Butler University

“Risk pools tend to work well when there is an amount of diversification of the risks included; also, if they are not correlated with other kinds of risks,” Roger Grenier, senior vice-president of modelling company AIR Worldwide’s global resilience programme, says.

There is a problem, however, which is the global nature of pandemic risks. Terror attacks and natural catastrophes tend to have a localised effect geographically in terms of business interruption, which is not the case with viral infections. Correlation, in geographic terms, has been perfect during Covid-19. “Knowing what we know about the global nature of pandemics and its impact on different regions and different time horizons, perhaps Tria might not be the best fit for these types of risk,” Grenier says.

Modelling challenges also lie ahead. “Pandemic modelling is very different from modelling hurricanes or earthquakes. The latter are governed by strict laws of physics,” he says. “There is very little humans can do to reduce the severity of the event in advance. In the case of pandemics, there is a behavioural element, it is a bio­logy and epidemiological problem. It requires modelling behaviours and not physics.”

The very estimation of potential losses and accumulation is another problem. So far, what experts can say with confidence is business interruption losses caused by Covid-19 will be huge and unprecedented. That is hardly the kind of estimate that can inform discussions about the formation of insurance pools or backstops.

“An important question is how to integrate econometric models into epidemiological models. In this crisis, we are not talking about mortality but economic impact,” Menzinger says. “The linking of epidemiological and econometric models is still in its infancy and estimates by economists of the impact of the crisis on GDP are changing dramatically from one week to another.”

The design of a pool mechanism is also likely to vary widely from country to country. Some continental European countries have created short-term programmes where the government effectively takes over the salaries of workers of companies affected by the lockdown, which takes away a big chunk of policyholders’ fixed costs. Pooling schemes in such countries can then concentrate on other fixed costs, reducing their potential size. In other countries, however, coverages may need to be broader, including not only wages but potentially workers’ compensation and health insurance.

It must also contemplate the availability of prompt liquidity, as pools will be under pressure to provide financial relief to businesses as soon as possible.

“One of the main discussions is how to provide liquidity when a pandemic event occurs,” Priebe says. “A key issue that needs to be built in any future solution is whether there are pre-established lines of credit, so when an event occurs the facilitator of pools, be it the insurance community or other actors, have immediately access to central banks’ funding to ensure it can immediately pay out the critical support that is needed.”

No matter what the solution turns out to be, the industry would be well advised to come up with convincing ideas fast. “Today we have virtually thousands of businesses asking for pandemic coverages,” Priebe says. “The market will need a solution to meet demand.”

And, while politicians in several countries are under pressure to find business interruption relief for small and mid-sized business, the industry’s image is unlikely to emerge unscathed from the crisis, which will make it a potential target for drastic measures.

“Right now, there is an easy solution. You get Tria, find a Sharpie marker and where it says ‘terror’, you change it to ‘terror/pandemic’, and where in the date of coverage it says ‘now’, you replace with ‘before coronavirus’,” Finn says. “Pandemic risk exists and it is not going anywhere.”