Existing Subscriber? Sign in to continue reading. If content does not display, please refresh your browser.
Sign In
New to Insurance Day? Register for our free email digests:
Register
Tags:
Europe Casualty Property

Webinar: Cyber, nat cat or political risk – what are the biggest opportunities in Europe? 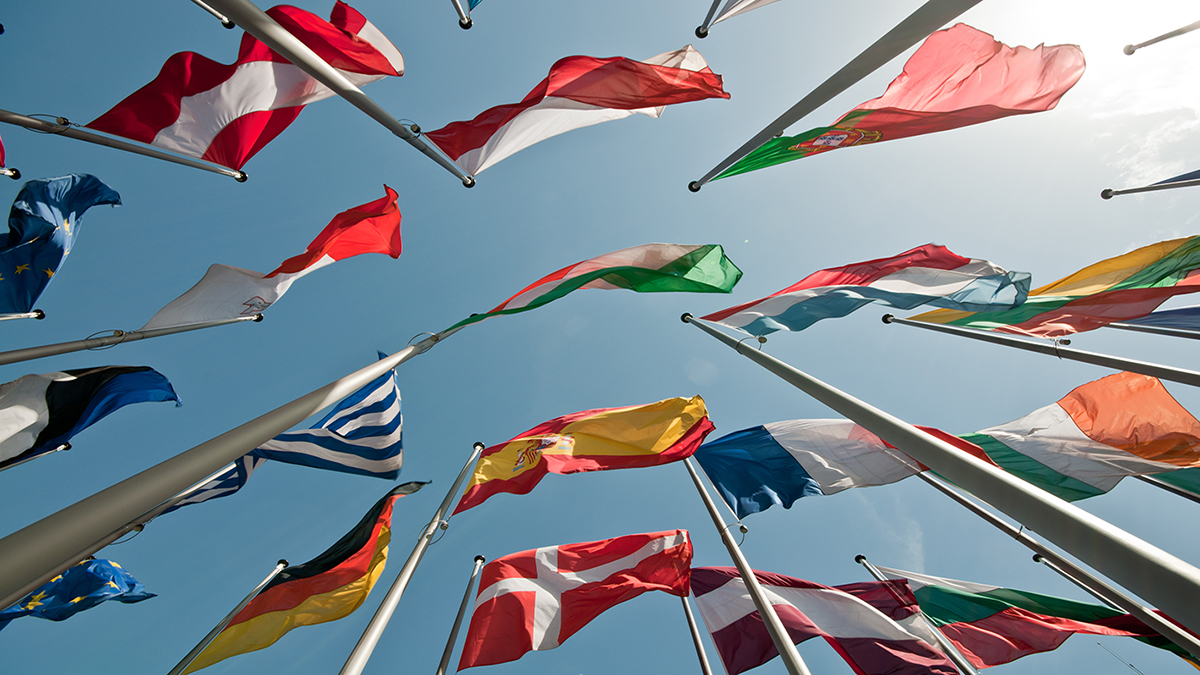 Brexit looms like a spectre over the London market, threatening to reshape the links between continental Europe and the re/insurance centre on which it most heavily relies.

Yet London market underwriters have lost none of their expertise, nor has the European continent ever seemed in greater need of it, whether it be in closing the natural catastrophe protection gap, guarding against cyber attacks or dealing with intensifying political risk.

The legal implications of a no-deal Brexit

07 Mar 2019 With a no-deal Brexit still possible, UK insurers and brokers need to know what implications it would have Read the full article here

To help us understand where the biggest opportunities lie on the European continent for London market carriers, Insurance Day gathered together a panel of top industry speakers. They are:

Click here to listen to Insurance Day’s “The future of the London market in Europe” webinar, sponsored by Clifford Chance. The following is an edited transcript of the conversation.

Lorenzo Spoerry: “Kadidja, from your vantage point as head of Europe for Liberty Specialty Markets [LSM], where do you see the biggest opportunities in the European market, now and beyond Brexit?”

Kadidja Sinz: “Companies are having to flex their business models. They are shifting where they manufacture; they are modifying how their supply chains operate, and where services are delivered. Those challenges have more than highlighted the interdependencies of supply chains cross-border and also the immediate impact of changes in trade conditions.

“Now this backdrop has created opportunities for companies for LSM, which are really specialist in complex, interdependent risks.

“We are seeing more emphasis also in political risk, terrorism, and mergers and acquisitions [M&A]. In political risk, the drivers are protectionism, a resurgence in nationalism and political violence. It has definitely gained a very important ranking in the risks that we are talking about with clients and brokers and where really good, solid coverage is needed.

“There’s also a lot of focus on terrorism coverage, both in terms of the terrorism we’ve seen over the past 10 years but also potentially new forms. We are seeing a lot of questions from our clients about this.

“Finally, because of the shifting ways in which companies operate, we are seeing growth in the M&A area. There is turbulence and there is some change in the way companies operate. There are new joint ventures being created, there are divestitures and there’s a need to raise money.”

Spoerry: “You mentioned protection and nationalism, and political risk in general. Bernie, this is of course your bread and butter. Do you agree with Kadidja that this is an area rife with opportunity?”

Bernie de Haldevang: “Yes, but I think there are a number of areas of political risk that don’t always look like political risk. This can range from cyber political risk – which is really more cyber terrorism than anything else – to some broader macro-economic factors, such as the huge debt ratios Italian banks in particular and the Italian state, plus German banks on their behalf, are carrying.

“Then of course, there’s the Trump factor. To be an effective disrupter, you’ve got to be un­predictable. No one’s got to quite know what you’re prepared to do. That does change people’s view of risk because one never quite knows where the next thing is going to come from with Trump, whether it’s going to be carried through or not and how serious he is.

“Also, there are questions of whether he is aware or listens to what the consequences are, for example, of his attempt to balance the trade deficit between the US and its various partners.”

Spoerry: “And do you think the London market is the best placed to understand and manage these kinds of political risk?”

De Haldevang: “Historically, that has proven to be the case. Even giants like AIG, which write political risk, write more of it out of London than out of New York or anything else.

“What you get in London is a confluence of different risk appetites and different tolerances that enable people to cover risks of all sorts. I think if you went from one Lloyd’s syndicate to another, perhaps even from one London underwriter to another, you would find the portfolio they write is actually quite different, even though it’s all labelled as political risk.

“I think the London market will remain, post-Brexit, the place to come to get some of these more esoteric covers. I think that’s true of cyber as well.”

Spoerry: “The thing London has done really well in the past is underwrite the most difficult risks. Cyber may be the most difficult the market has ever faced and the introduction of GDPR has also raised the stakes. Paul, do you see that being a big driver of growth in the European cyber market, possibly eventually to rival North America?”

Paul Merrey: “Well, that’s probably going a bit far but it is a huge, huge opportunity. In our recent CEO outlook survey, only 51% of CEOs felt they were well prepared to respond to a cyber attack.

“Now, I don’t think there’s anyone in the UK and Europe now who hasn’t heard of GDPR, with all the emails we got this time last year. What sparked the growth initially in the US market was some of the state regulations around data breaches. And now with GDPR, we’re seeing that focus come across the Atlantic.

“But I think it’s going to take a bit of time. With cyber, as with all emerging products, companies want to check what they need, whether it’s value for money and whether it is really providing the right cover.

“It has been a challenge, in some cases, for larger companies to get the cover they want. It has been a bit easier and more successful for small and medium-sized enterprise businesses and a number of London market players have been doing pretty well in that space, where the aggregation of the risks is a bit less.”

Spoerry: “Another major European risk is the looming natural catastrophe protection gap. Mike, do you see this as a big opportunity for the London market?”

Mike Van Slooten: “Everybody knows these risks are out there. We know when these events happen, unless national governments choose to do something about it then the bill will ultimately fall on taxpayers. So, the solution is to try to engage private industry to come up with some solutions that help to share the burden.

“I think the London market should be well positioned to help fill that gap because, at the end of the day, it is underwriting expertise that needs to be brought to bear and you have that expertise in London to tackle protection gaps not just in Europe but around the world.”

Spoerry: “More specifically, what perils do you see as most likely to be closed in the near and in the  medium term?”

Van Slooten: “I think flood is probably the one that is most on people’s minds. We’re seeing increasingly erratic weather patterns. It seems to be manifesting itself mainly in flood, which has been a big issue in the US because flood risk typically isn’t included in homeowners’ policies. But, as far as Europe is concerned too, I think flood is definitely one of the main areas of focus.”

Spoerry: “What should be the role of government in this?”

Van Slooten: “Some of the facilities we’ve seen being established have been organised by supra-national bodies like the World Bank, for example, or other big, global organisations arranging facilities on behalf of countries that are less well equipped to cope when these disasters strike.

“I suppose the perception is European countries are better placed to cope with these things when they happen. The reality is in the absence of recent major loss experience, it doesn’t tend to be front and centre of people’s minds.

“Ultimately, it will probably take another major loss for people to really concentrate on the issue.”