The unpredictability of Russia has created a sizeable aggregate exposure risk if it decides to start detaining ships in the Black Sea, Gallagher warns 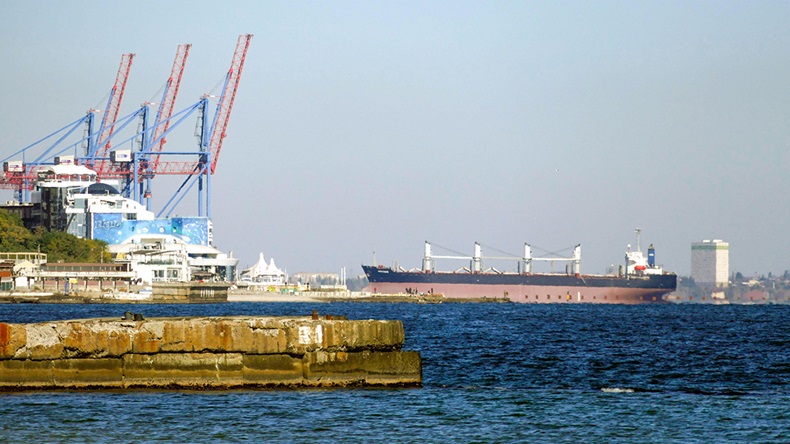 The risk that Russia could detain ships using the Black Sea grain corridor is creating a sizable aggregate exposure for hull war insurers, Gallagher has warned .

The international broker said aside from the obvious risk of physical damage to vessels operating out of Ukraine, underwriters were most anxious about the threat of detainment.

Marine war risks insurers are already facing up to $1bn-worth of simultaneous claims early next year for ships trapped in Ukrainian ports.

Legal experts said the first anniversary of the start of the conflict, which will fall on February 24, is likely to trigger detainment clauses in many of the war risks policies held by shipowners and operators. The Association of Average Adjusters has estimated the total value of trapped vessels to be between $800m and $1bn.

Gallagher also raised concerns about the availability of reinsurance for Russia/Ukraine trade after the January 1 renewals and said there was significant uncertainty about future costs for vessels travelling to and from these countries.

“The unpredictability of how Russia will act in certain scenarios means a constant threat of detentions or confiscations of vessels in Russian controlled waters, or Russia closing the grain corridor and once again blocking vessels in Ukraine from leaving,” Gallagher said.

“This can potentially give underwriters a sizable aggregate exposure if a quantity of vessels are blocked or detained simultaneously.”

The safe passage agreement has already been suspended once.

Global premiums relating to ocean hull increased 4.1% year on year in 2021, reaching a total of $7.8bn, according to Gallagher. Similarly, overall vessel values rose significantly, mainly driven by dry bulk and containers which are reportedly up 35%.

The broker added that while the market lost a substantial amount of capacity in 2020 following a market correction the year before, new pockets of capacity are now entering the market.

This includes Everest Re Group, which will enter the market next year, and several managing general agents that are specialising in hull business.

However, Gallagher said it was unclear yet whether this additional capacity would be enough to temper rate increases as insurers look to cover claims inflation and higher reinsurance losses.