Beware the risk of tripling costs in North Carolina 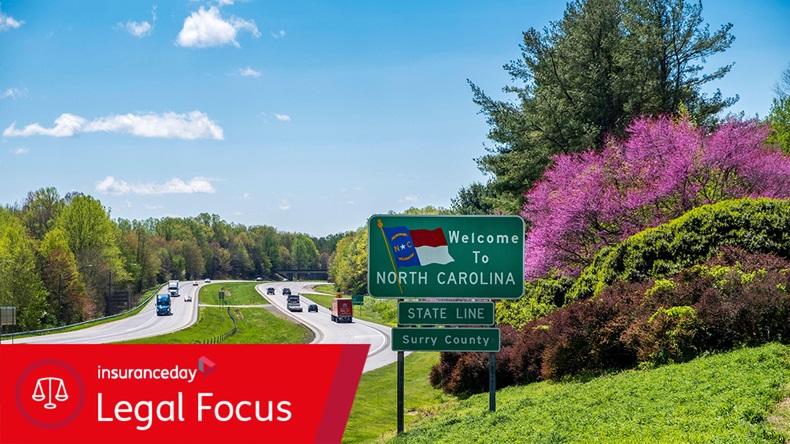 On April 18 a federal appeals court issued a ruling that should cause trepidation in even the most obstinate insurance adjuster.

In short, the court ruled a policyholder may recover treble damages under the North Carolina Unfair and Deceptive Trade Practices Act (UDTPA) where an insurer fails to adequately explain a denial of coverage.

The UDTPA is North Carolina’s flagship consumer protection law and, subject to a few exceptions, it applies to the full spectrum of commercial activities, including insurance. This is particularly true for how insurers respond to their policyholders’ claims for coverage.

A separate North Carolina law, the Unfair Claims Settlement Practices statute, prohibits 14 “unfair” actions by insurers in their handling of coverage claims. Each of these 14 unfair actions constitutes an automatic violation of the UDTPA.

In the past 20 years, UDTPA claims have become ubiquitous in insurance coverage litigation. However, perhaps because UDTPA claims have become so common, they rarely move the needle on insurers’ coverage positions. The relatively few cases in which treble damages have been awarded have for the most part involved egregious conduct. Consequently, insurers have tended to disregard the risk. This attitude may change following the Fourth Circuit Court of Appeals’ April 18 ruling in DENC v Philadelphia Indemnity Insurance Company.

The events giving rise to the lawsuit involved a January 2018 party at The Crest, a student housing apartment building in Elon, North Carolina. While the partying scholars were “jumping” to a popular song, the breezeway on which they stood partially collapsed.

The next day, the building owner made a claim for coverage under its property insurance policy issued by Philadelphia Indemnity Insurance Company. Shortly thereafter, Philadelphia issued a “reservation of rights” letter and informed the owner it would investigate the claim. Days later, Philadelphia sent the owner a second letter, announcing it would pay “for damages or injuries sustained”.

On considering the conclusions of its adjuster and engineer, Philadelphia issued a third letter, this time denying coverage. The letter said Philadelphia denied coverage, but did not explain why the policy’s operative “collapse endorsement” did not provide coverage.

Moreover, the letter recited in “rote” fashion a “morass” of policy provisions, none of which used the term “water intrusion” and some of which were plainly inapplicable. The letter did not refer to Philadelphia’s previous letter informing the owner it would pay for damages sustained. The lawsuit ensued.

The trial court considered the parties’ competing arguments and ruled the policy provided coverage. The court further ruled Philadelphia was liable under the UDTPA owing to the inadequacy of its coverage denial letter.

Specifically, the trial court found Philadelphia violated the statutory prohibition against denying a claim without “promptly provid[ing] a reasonable explanation of the basis in the insurance policy in relation to the facts”.

The trial court found (and the Court of Appeals agreed) Philadelphia violated this provision by first telling the policyholder the claim would be paid and later denying coverage in a “confusing” letter that failed to explain the change.

Philadelphia’s coverage denial letter was not unusual. If this becomes the standard against which denial letters are judged under North Carolina law, insurers will need to take great care to explain their coverage determinations in the first instance, rather than the common practice of throwing everything against the wall and waiting to see what sticks. Anything less may open the door to liability for treble damages and attorneys’ fees.

Steven DeGeorge is a partner at Robinson Bradshaw & Hinson