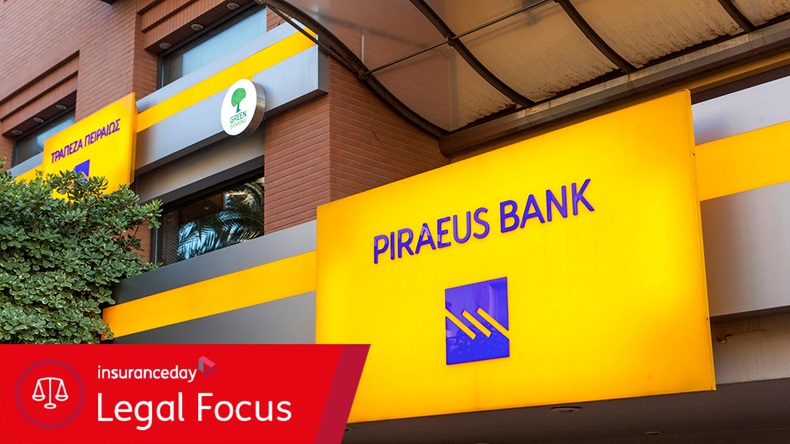 A recent High Court ruling brought to an end the long-running dispute over whether insurers were liable to pay out for a ship detained on suspicion of oil smuggling in South America.

The judgment in Piraeus Bank v Antares Underwriting and others (the ZouZou), handed down on May 16 by the Commercial Court, part of the High Court, rejected in full a mortgagee bank’s claim for $71m made against mortgagee interest insurance (MII) underwriters arising out of the detention of the vessel, ZouZou, in Venezuela in August 2015.

Kennedys, together with Guy Blackwood QC and Benjamin Coffer of Quadrant Chambers, were instructed on behalf of the defendant.

The judgment will be welcomed by the marine insurance market as it provides clarity in respect of the proper construction and scope of indemnity cover of MII policies.

The claimant, Piraeus Bank, was the mortgagee of ZouZou, insured by the defendant MII underwriters. Hellenic Mutual War Risks Association insured the vessel against war risks, which included a provision that if the vessel was detained for more than 12 months, the owners would be deemed to have been deprived of possession without any likelihood of recovery. The vessel was insured for a total of $55m. The MII policy insured the bank’s interest as assignees and loss payees under the owner’s insurance.

The claim arose out of the detention of ZouZou in Venezuela following an allegation the crew were attempting to smuggle diesel oil. The vessel was detained for about 14 months and then released. Four members of the crew were subsequently tried and acquitted. The vessel’s owners claimed for a constructive total loss  under their war risks cover, but underwriters avoided the policy on the grounds of material non-disclosure by the owners, unrelated to the detention.

Following the avoidance of the war risks policy, the bank sought to recover around $71m plus interest from the defendant underwriters under the MII.

The underwriters successfully submitted the bank could not show the vessel was a constructive total loss because it was unable to demonstrate the full 12-month period of detainment was caused by an insured peril. Further, the court found the MII policy was not intended to and did not cover losses that would not have been covered by the owners’ policies because, for example, there was no constructive total loss under the owners’ policies or the loss was excluded. The clauses of the MII policy must be read together to determine the scope of the indemnity.

The court rejected both the bank’s primary argument the policy exclusions did not apply because the vessel had been detained unlawfully and exclusions only applied where the vessel’s owners were themselves accused of an offence.

The bank’s argument was essentially that its MII wording provided cover for any loss or damage caused by the owners or their servants or agents, if there was subsequent non-payment by the owners’ insurers.

It was applicable because the detention had been caused by an intentional act on the part of the crew in attempting to smuggle the fuel or their accidental or negligent conduct in allowing diesel to be loaded in such a way as to create the impression they were attempting to smuggle, the bank said.

Of particular note was the court’s decision it was unnecessary for the bank to tender its own notice of abandonment under the MII policy, separate from the notice of abandonment tendered by the owners under the war risks policy. The interest insured by the policy was the bank’s interest in the owners’ policies as assignee and loss payee, rather than the bank’s interest in the vessel as mortgagee. The bank was therefore not required to abandon the vessel to claim a constructive total loss.

The decision confirms MII provides secondary insurance to banks and is not a “catch-all” or “umbrella” cover that responds to every type of claim or loss.

The terms of the primary insurance in respect of loss of, or damage to the subject matter insured, have to be considered carefully in light of the provisions of the MII cover. Specific cover to fill any perceived gaps can be purchased for premium and both insurers and banks alike will welcome the clarity in respect of the proper construction and scope of indemnity cover of MII policies.