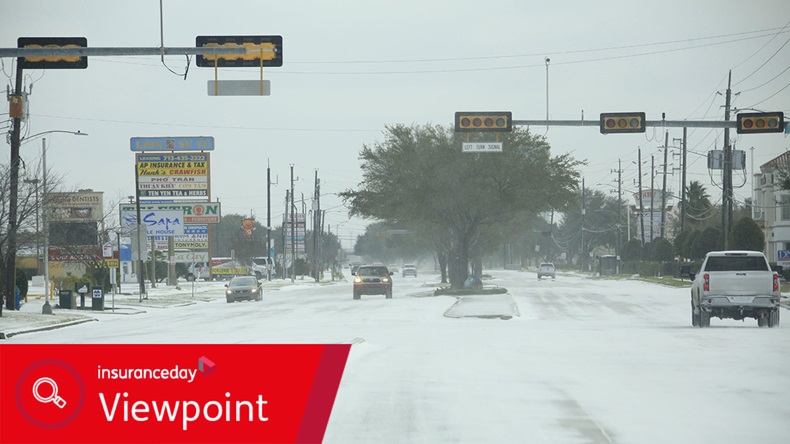 We set up Conduit Re against a backdrop of more than $300bn of climate-related insurance claims in recent years and the expectation of hardening markets, especially following the pandemic.

As we IPOed the company we were acutely aware of sentiment towards climate change and environmental, social and governance (ESG) factors, but it has been 30 years coming.

A key moment in the modern history of climate change was the “Earth Summit”, which happened in Rio de Janeiro in June 1992. It led to the establishment of the UN Framework Convention on Climate Change and brought the subject of climate change to the world’s attention. Among the scientists who made the case were Dr Wallace Broecker and Dr Klaus Lachner from Colombia University in New York. In the audience were Al Gore, John Kerry and Richard Sandor among many who later became such important advocates.

I met Broeker a while back (he died in February 2019) and asked him for his view on what had happened since. He said (I paraphrase) what he forecasted 30 years ago has come to pass, only worse than predicted. So many were sceptical at the time, but either he was right or it was a very big coincidence.

The numbers speak for themselves. The average annual claims for insured natural perils in the US has doubled in the past decade. We are now seeing a market reaction against the volatility this has created. The Florida renewal season was as difficult as it has been for many years, although this is not only because of climate issues.

Throughout my career in insurance, the initial re­action to large claims scenarios is to write new exclusions and restrict coverage. It occurs in casualty, short-tail and life markets. In recent times we have seen it with gradual pollution (after the poisoning of the Great Lakes by Dow Chemical), Aids, Y2K, floods, wildfires and now Ukraine. The danger with this is the creation of “coverage gaps”. These cause clients and governments to seek alternative solutions, leading historically to the formation of mutuals, captives and government-backed activities such as Pool Re, leading to a reduction in insurance market relevance.

Every uninsured risk initially resides with business owners in cases such as BP and Volkswagen and ultimately with government balance sheets, in cases such as major natural perils and pandemic risks. The danger for the insurance market is our product ceases to be relevant and more risk and premium disappears into alternative markets.

At present for major climate events the reported insured loss is usually around 30% of the economic loss. Insurers are reacting to and excluding losses where models do not work. If you cannot measure risk, it is very hard (if not impossible) to insure it. The past three years have been “the years of the unmodelled loss”.

Conduit Re was starting up during the pandemic, the ultimate unmodelled loss, then we had Winter Storm Uri, which broke most widely used models. Hurricane Ida was a loss that, while not exceptionally costly, covered a huge geographic region. We have then had European floods, the quad-state tornados and finally Ukraine. To summarise, the huge challenge we need to embrace is to resist the natural instinct to exclude and withdraw coverage.

Once risk can be identified there is nearly always data available and analytical tools that can assess trends and change in data. In fact, where climate change is concerned there is a vast amount of data; it just needs to be formatted in a way that allows insurers to price risk and expand the portfolio of products available. The market has to modify the mentality of “whole account cover with exclusions” and move to “named peril” products and – in extreme – parametric products.

Where a specific type of risk can be broken out and analysed then the chances are a product can be priced. The client may not like the price, but new markets will develop and gradually liquidity and capital supply will occur and then increase.

Utilities are a great case study. There have been two types of event that have had a significant financial impact on a major US power companies. The first was the California wildfires, with utility provider Pacific Gas & Electric being blamed for more than 30 wildfires since 2017 that wiped out more than 20,000 homes and businesses. It has recently been implicated in the 2021 Dixie fire and the 2019 Kincade fire.

The other was Winter Storm Uri, which resulted in the loss of power to 4,500,000 homes with an estimated economic cost approaching $195bn, of which only $15bn (estimated) was insured.

There must be a huge opportunity to create a plethora of new products. Insurers need greater diversity and new pots of non-correlating premium. Apart from coverage, the insurance industry has a vital role to play in post-event disaster response. Governments and aid agencies move much more slowly than the private sector.

After a major natural disaster, the most important aid and dollars are those applied immediately post-event. While not a climate event, one of the best examples of this is the 2010 Haiti earthquake. There was no insurance, but the world rallied around, pledging tens of millions of dollars of aid, but this money and aid took many months to manifest. As a result, 30,000 people died in Haiti, with the majority not killed directly by the earthquake but by cholera and other diseases.

The insurance market is starting to work with some non-governmental organisations to sell catastrophe funding coverage in developing regions. This type of innovation is vital to ensure insurance remains at the centre of risk management solutions for climate change. A sad fact is climate change will disproportionately affect poorer nations that do not purchase catastrophe reinsurance – markets insurers have failed to penetrate. It is another huge target market where insurers can expand their premium.

In conclusion, the message should be one of future opportunity resulting from climate change – modifying coverage, expanding product range, adjusting models to reflect the changing world, post-event disaster response and pushing into new territories based on new data capture and analytics. The global reinsurance industry has a capitalisation of close to $500bn and by broad measures only insures around 20% of natural peril catastrophe risk. This feels like a multitrillion-dollar business opportunity if we can grasp it.

Neil Eckert is executive chairman of Conduit Re