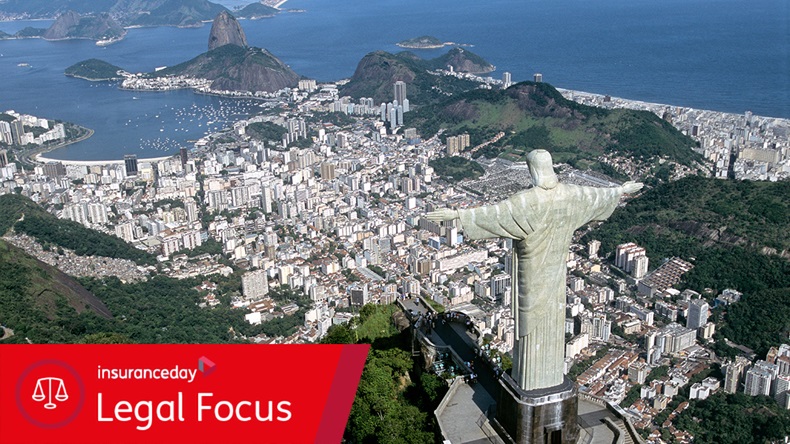 In March this year, the Brazilian government published new legislation which, if ratified by Congress, will make it possible to introduce and develop insurance-linked securities (ILS) within the Brazilian insurance market, allowing the securitisation of insurance and reinsurance risks in Brazil for the first time.

This is also an opportunity for foreign reinsurers to offer reinsurance coverage to Brazilian insurers and reinsurers through a “low-cost local reinsurer”.

The first draft of the new law to create Brazilian ILS was developed by Santos Bevilaqua Advogados, in association with the Brazilian reinsurers’ association. Our aim was to make it possible to securitise insurance and reinsurance risks in the Brazilian capital market and the new legislation sets us in a fair way to allow some significant innovation in this area.

The resulting legislation is a win-win for Brazil’s insurance and capital markets. In the first place, ILS represents another type of bond available to Brazilian investors (and specifically to highly qualified investors, such as pension funds and private equity funds). At the same time, Brazilian insureds, insurers and local reinsurers would also have an additional avenue for risk transfer.

This is also the right moment in the insurance market cycle to introduce legislation. ILS deals are a much-needed solution in today’s hard market. With a significant loss ratio over the past year, Brazilian insurers need options to package and transfer some portions of risks and at a better premium rate than is available locally following the sector’s poor record on claims over the past year.

There will be particular advantages for the agricultural insurance market too, which is of great importance in Brazil and in need of reinsurance and retrocession capacity as a result of heavy losses in the past two years.

It is important to emphasise the objective of the new rules is to allow for innovation in the Brazilian market without reinventing the wheel. The law has been greatly influenced by Bermudian and UK regulations and benefits from the expertise that has been developed in these markets regarding ILS.

One important aspect of the Brazilian reinsurance market is the existing entry barriers for foreign reinsurers, designed to protect local reinsurers. The most significant barrier is local reinsurers have the right of first refusal on the first 40% of every reinsurance risk cession, whether facultative or automatic.

This means reinsurers often need a local presence to a make competitive offer. In addition, much as is the case in other markets, the costs of incorporating a local reinsurer are so high that it is only done where firms can be sure of both high and permanent demand for reinsurance.

The Brazilian special-purpose vehicles that will launch the ILS (sociedade seguradora de propósito específico) will tend to be low-cost local reinsurers, in part because of their protected cell structure and full collateralisation. This, similarly to the London and Bermudian markets’ frameworks, means ILS will be an attractive instrument for those interested in investing in the Brazilian reinsurance market.

The first rule to cover ILS in Brazil was CNSP Resolution 396, which was passed in 2020. However, it was issued just before the pandemic hit and in any case was a regulation, not a law, which meant it was incomplete. The new law is a more extensive solution, largely because of the protected cell structure.

The National Congress will need to give definitive approval to the new law. Then, Brazil's insurance regulator, the Superintendência de Seguros Privados (Susep), and the capital markets regulator, the Comissão de Valores Mobiliários (CVM), will prepare and issue regulation.

In terms of likely progression into final legislation, while being debated in the National Congress, the law tends to meet few significant roadblocks or opposition, with the only exception being a debate around the rules for the taxation of new ILS vehicles. Some still have doubts and see areas for improvement on this front.

In addition, we do not anticipate any negative surprises from Susep, which are broadly on side, given the new law was based on its own previous draft of Brazilian regulations for ILS.

The CVM is unlikely to cause any surprises either, not least because the new rules will have already been approved by Susep. In addition, the ILS structure is not fundamentally different from any other sort of bond available on the Brazilian capital market. Finally, offers of ILS products will be limited to highly qualified investors, which demand less regulatory protection.

The omens are positive for a relatively smooth passage into law for the ILS innovation. Whether or not there are changes, this will be a positive move and not before time. This year is without doubt the beginning of a long period that will be the right time for reinsurers interested in the Brazilian market to focus on immediate opportunities and particularly to act on the opportunities afforded by ILS.