Source: Sovcomflot Sovcomflot senior management are seeking to maintain relationships with financiers and charterers beyond the current sanctions.

Russia’s tanker giant Sovcomflot is looking to sell up to one-third of its fleet in a bid to repay loans to Western banks and financiers before UK and EU governments’ wind-down orders take effect on May 15.

One senior industry official with direct knowledge of the deals told Lloyd’s List deals for at least 40 of the 121 vessels Sovcomflot directly owns are being discussed with buyers from Dubai and China.

Under the terms of sanctions issued by both UK and EU governments, banks have been given a grace period to extricate themselves from Russian contracts. Both jurisdictions have set May 15 as the deadline for cutting ties.

Sovcomflot’s status as a sanctioned Russian company will limit the available buyers ready to engage in quick sales. The result may see vessels end up joining the veteran fleet of tankers registered to opaque networks of companies linked to sanctioned Iranian and Venezuela shipments

Banks will need to receive all outstanding loans before that date, prompting Sovcomflot to sell off a significant portion of its fleet at short notice to any willing buyer outside the scope of international sanctions.

So far, only eight ships have been confirmed as sold, with four of them known to have gone to Dubai-based Koban Shipping. However, Chinese buyers are also known to be taking on vessels and several deals are understood to be nearing completion.

Sovcomflot management has not responded to requests to discuss the deals.

The precise exposure of Western banks to Sovcomflot is not clear. However, the last available consolidated accounts detail $2.1bn of debt, made up of short- and long-term bank loans.

The accounts do not detail how much of that is owed to Western lenders but it is likely only a small amount of that total will come from Russian banks.

“Basically, all banks and charterers have until May 15 to actually terminate the contracts, which means Sovcomflot has a very short window to pay back the loans and realistically there is only one way it can do that and that is to sell the ships,” one senior banker currently negotiating terms with Sovcomflot said.

According to those dealing directly with Sovcomflot, the process is being conducted in a “genuine and very professional manner”, indicating Sovcomflot senior management is seeking to maintain relationships with financiers and charterers beyond the current sanctions.

While the strategic goal of its fleet sale has not been directly discussed as part of the sale negotiations, senior bankers are working under the assumption that management is trying to ensure its eventual return to the international market when sanctions are eventually lifted.

The company issued a statement in the past month in relation to two outstanding Eurobond issues totalling $928m, with maturities in 2023 and 2028. It made clear its intention to meet its financial obligations despite sanction restrictions curtailing its ability to make payments.

This stance is notably at odds with the approach being taken by Russian companies in the aviation sector, where more than 400 foreign-leased planes were seized by Moscow following the incursion into Ukraine.

The ensuing legal battle has seen leasing companies make claims that could top $10bn, according to Fitch Ratings.

Move could prove problematic for company, with charterers reticent to fix vessels without liability insurance and ports unhappy to admit them

The options for vessels, however, are significantly more limited than for aircraft. Sovcomflot will have factored in the likely mid-term demand for its assets in the wake of international sanctions that have severely restricted the company’s ability to trade.

“Paying back loans before the deadline is clearly the immediate trigger behind the fleet sale and it seems clear Sovcomflot is preparing for an eventual future return to the market. But there is also likely a calculation here as to how many ships it is going to need to trade within the sanctions regime for the foreseeable future,” one senior banker said, talking on condition of anonymity.

Industry sources also suggest the company, which is well regarded in the industry as one of the leading technical managers of vessels and a financially solid counterparty, will have considered the decimation of Iran’s sanctioned fleet.

When Iran’s crude oil exports were initially sanctioned in 2012, its tanker fleet operating under the National Iranian Tanker Co (NITC) banner had a similarly respected reputation in the market.

But the NITC fleet largely sat idle for much of the past decade in between the occasional illicit sanctions-busting trade.

Regardless of whether Iranian sanctions are eventually lifted, with an average age of 17 years and 35% of the fleet more than 20 years old, NITC ships will face severe restrictions if they ever return to the open market.

Sovcomflot management is unlikely to want to risk a similar long-term decline and financiers have suggested by selling off vessels now, but maintaining strong relationships with banks and charterers, a potential return could still be possible.

Meanwhile, all five of the International Group protection and indemnity (P&I) clubs that have until now insured Sovcomflot tonnage have either terminated their contracts or are in the process of doing so, according to senior sources in the sector.

British clubs West of England, North and UK Club have all publicly confirmed the move. Norwegian outfits Gard and Skuld are officially declining to comment.

The expectation is the development will severely limit Sovcomflot’s activity, insofar as P&I cover is regarded as “a ticket to trade” within shipping circles.

“I can’t see how [Sovcomflot] can possibly trade within Europe. It is going to have a very limited trading range,” one insurer said. “It is not just going to run cargo around in Russian ports. Whether it can go to China and [the Chinese] will be relaxed about it, I don’t know.”

Ingosstrakh may seek to fill the gap, with additional backstop from the Kremlin, say market sources

There has been speculation further sanctions will pull the plug on even those stems, but in practical terms, many countries simply need the oil right now.

Another P&I source added: “That depends on the appetite of Europeans not to take any oil from Russia. That’s a political position and will depend on public opinion.

“The ports in the countries to which those trades are being carried would want there to be a solid insurer to resolve any pollution or environmental or property damage. Unless there’s a political decision to withdraw, we need to be there.”

Lloyd’s List understands registry officials for flags used by Sovcomflot have requested an urgent update on the insurance status of all its vessels. At the time of publication, the company had not responded. 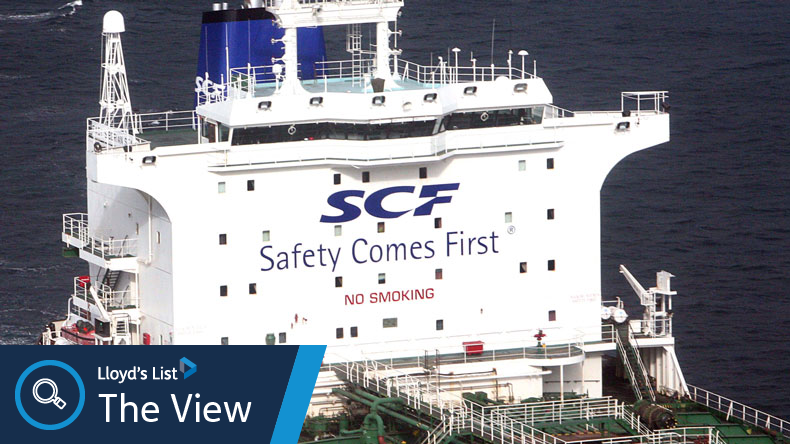