Europe-focused professional lines MGA Alta Signa appears to be succeeding where many others have failed: building a retail distribution network for specialty risks across the continent. The company’s chief executive, Gerard Van Loon, speaks to Insurance Day 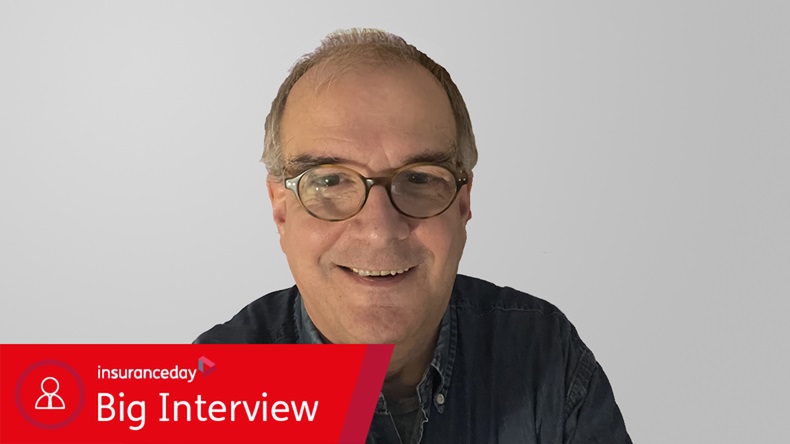 “Many carriers think Europe is a wholesale market, but that is a fantasy,” Gerard Van Loon, chief executive of managing general agent (MGA) Alta Signa, says.

He knows because his team of underwriters are already on the ground, working locally with small retail brokers across the continent.

Established in Brussels in 2019 with freedom of service and establishment across the EU, Alta Signa has an in-person underwriting presence in seven European countries, with representatives in Brussels (Van Loon’s chosen base), Milan, Bordeaux, Rotterdam, Munich, Vienna and Barcelona.

In February, the firm, which built its footprint writing cyber and directors’ and officers’ liability business, announced it had added to its line-up of A-rated capacity providers and is now backed by five carriers from the company markets and Lloyd’s Europe.

The latest two additions to the panel are willing to put their money behind any of Alta Signa’s financial lines and cyber underwriting capabilities. This is something of a game-changer for the firm, evolving it beyond per-line capacity agreements and giving it the financial clout to offer limits of up to €25m ($26.7m) and continue its expansion across Europe.

“Many international risk carriers that have tried to implement themselves in Europe have lacked skill and fragmented the market with their small line sizes. Pulling capacity together from multiple carriers makes us a more meaningful player,” Van Loon says.

Van Loon is intent on deepening the firm’s existing carrier relationships and securing “selective participations” from additional capacity providers in the company markets and Lloyd’s. Geographically, the Nordics, eastern Europe and Switzerland are next in his sights.

However, having spent 30-plus years in the professional lines space in senior underwriting positions with ANV, Liberty Mutual, Axa and L’Union des Assurances de Paris, Van Loon has no ambition to expand Alta Signa’s underwriting remit into the blended property/casualty product space.

“The major carriers own that market and have the financial firepower to keep us out of it – I know how the elephants operate,” Van Loon says. “I’m really focusing on specialty insurance where local underwriting expertise is critical – where policyholders buy your capacity because they feel comfortable you understand their risk exposures.”

In an age of decreasing human touchpoints, being close to source in its markets and trading in their language, according to local business practices, remains central to Alta Signa’s strategy – and was the key attraction for its panel of risk capacity providers, according to Van Loon, who insists many businesses in Europe still like to trade locally and in person, particularly smaller firms.

He believes this model, while incurring slightly higher expenses, generates superior loss ratios than through a wholesale approach because of its greater risk diversification. Wholesale distribution often skews portfolios to larger deals and corporate risks, he argues, while working with domestic retail brokers opens up a world of opportunities in the small to medium-sized enterprise markets too.

Not that maintaining an in-person presence is anywhere near as expensive as it used to be. Alta Signa’s underwriters work from home and are connected via a shared cloud-based IT system, meaning there is no need for physical office space or infrastructure in any of the locations.

Technology is indeed a key enabler of the company’s model by driving efficiencies in the underwriting process. With Alta Signa’s model very much broker-oriented, Van Loon is less focused on cutting the cost of distribution but is intent on underwriting at a lower cost than the risk carriers can do themselves. “This is the other way in which we remain meaningful,” he says.

In some respects, the emergence of artificial intelligence-enabled insurtech ecosystems that automate numerous processes and decisions in the delegated authority chain threatens to alter the traditional MGA model; however, Van Loon sees these collaborative environments as enabling better, faster business as well as growth.

Rather than spending years and millions building a state-of-the-art proprietary platform that may quickly become out of date, Alta Signa can instead focus on building distribution first and tech second, which is strategically important.

“There’s been an obsession in the insurance world to own IP [intellectual property] – probably because acquirers tend to pay much higher multiples for insurance ventures that do. The ultimate value is not the ownership of the IP, but how efficient you are in providing risk solutions to your customer,” he insists.

Alta Signa’s tech-enabled, relationships-based approach helps the firm add value in the hardening market, which Van Loon admits can put “enormous pressure” on MGAs. “The easiest cuts to make are your MGAs because you have to protect your own staff first, so in this market, it all comes to differentiation and relevance and having a strong value proposition,” he says.

“I welcome this environment because it’s survival of the fittest. Our success story has been given more momentum, of course, on the back of Brexit, which made access to Europe more complicated for UK carriers,” he adds.

The primary headwind for Alta Signa’s growth has been Covid-19, which has generally made delegating authorities nervous about potential portfolio aggregation and led some to cap the volume of premium they are willing to outsource.

However, with backers on board and a growing footprint, Van Loon’s focus is very much on seizing the day. He sees “enormous opportunities” in the cyber market, where many of Alta Signa’s competitors are reducing capacity, and across all professional lines in Germany, where market hardening is particularly acute – although opportunities have emerged across the continent.

“In the professional financial lines environment, there has been adverse loss development and a hardening market for the past two or three years,” he says. “This reduced capacity and smaller line sizes left holes in various placement programmes – and we plugged those holes.”