My View
Tags:
Reinsurance Hannover Re Swiss Re 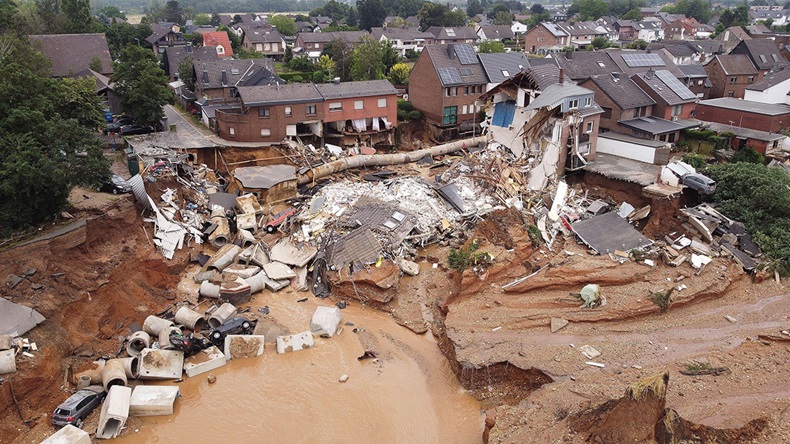 Source: David Young/dpa/Alamy Live News Munich Re said it would seek growth especially in loss-hit areas pointing in particular to the 2021 European floods

With Hannover Re reporting its financial results last week, the 'Big Four' European reinsurers have now given their outlook for the year ahead.

The tone from all four reinsurance giants was bullish and all but one took on more natural catastrophe catastrophe risk in reaction to rising prices.  Only Scor reduced its exposure to natural catastrophe business to limit earnings volatility, and argued that prices were not yet sufficiently high to justify the risk.

Sven Althoff, who leads Hannover Re’s property/casualty reinsurance business, said he expects further rate increases on Japanese business at the April renewals, but the rate of increases is expected to slow.

However, renewals on US and Australian business, which are due in the summer, should maintain strong upward tendencies, he said, with similar rate increases as seen at the summer 2021 renewals, with no slowdown in particular on US wind risk.

Munich Re said it would seek growth especially in loss-hit areas, where rates are expected to rise more sharply. Chief financial officer, Christoph Jurecka, pointed in particular to the 2021 European floods, one of the largest natural catastrophes suffered by the European continent, for which industry losses are estimated at around $13bn. He also referred to Hurricane Ida, which hit the US in August, costing insurers roughly $37bn.

Meanwhile, Swiss Re expects the performance of its property/casualty (P&C) businesses to continue to improve this year as it reaps the benefits of the group’s "sustained focus on portfolio quality in combination with increasing prices”.

Scor, by contrast, took a more measured tone, given the fifth year of a high frequency of natural catastrophes.

'[Our objectives for 2022 are] reducing volatility, increasing profitability, growing the franchise, optimally allocating capital and embarking on the transformation of the group'

Bottom-line results were helped along by lower Covid-19-related P&C claims and stronger investment results. These factors outweighed a heavy natural catastrophe loss and high Covid-19-related mortality claims on the life reinsurance side.

Moody’s has warned that natural catastrophes and claims inflation remain significant risks in 2022. The Russia-Ukraine crisis, should be “manageable” for insurers, the rating agency said, but it “clearly adds to the risk landscape” and increases uncertainty.

But Moody’s also noted the outlook for reinsurers is supported by price hardening across P&C, including at the January 1, 2022 renewals.

Rival Fitch agreed the tailwinds from the hardening market environment are still strong enough in 2022 to counterbalance the mounting risks from economic inflation and heightened financial market volatility.