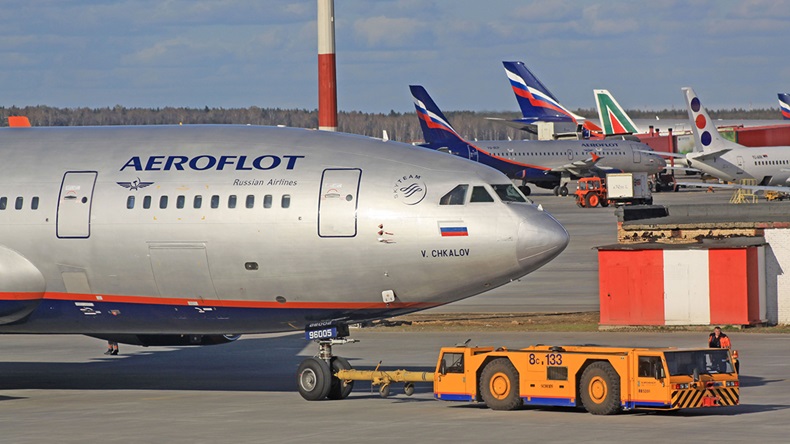 Russia’s war in the Ukraine might lead to one of the biggest losses for the aviation war market since the September 11, 2001 terror attacks, with hundreds of leased planes stuck on the ground in Russia facing possible confiscation by local authorities.

According to data and analytics firm Russell Group, its ALPS Aviation analysis has shown that there are 589 western-built aircraft that are owned by European companies with an aircraft market value of $13bn on the ground in Russian airports.

“There is a large [amount of] concern in the aviation war market at the moment; clients are all trying to understand the number and value of planes on the ground in Russia, as there are concerns that these aircraft could be confiscated by the Russian government,” Suki Basi, managing director of Russell Group, told Insurance Day.

The threat of confiscation comes after Russia’s aviation sector was crippled by the Russia-Ukraine conflict, with the country’s largest flight operator, Aeroflot, blocked from European and North American airspace. Russian companies in the aviation or space industry have been blocked from accessing British-based insurance or reinsurance services directly or indirectly, leading to fears of counter-sanctions and other acts such as confiscation by Russia.

'There is a large [amount of] concern in the aviation war market at the moment; clients are all trying to understand the number and value of planes on the ground in Russia, as there are concerns that these aircraft could be confiscated by the Russian government'

Asked how certain Russell Group was about the figure of 589 planes, Basi said that was the correct figure as of February 28, 2022, using transponder “ping” data from that date.

Basi stressed to Insurance Day the aviation war risk market is extremely concerned about this now, as the majority of the grounded aircraft are Boeing- and Airbus-produced, with a market value of $13bn, and most probably a much higher insured value.

“The potential market loss from all the confiscated aircraft would be several times higher for the aviation industry than 9/11 when stripping out the third-party component of 9/11,” Basi said.

According to Basi, the nature of the Ukrainian war and the evolution of sanctions means it is now very important for re/insurers to get timely and accurate information, as it allows them to understand and know their exposures.

“Trapped assets and operation exposures are apparent in just about every insurance class at the moment,” Basi told Insurance Day. “So, the same question is being asked across the entire underwriting function. The Russia-Ukraine conflict will impact all the speciality classes, leading to many re/insurers to want to know the size of the industry event and what is their portfolio exposure to this event.”