UK confirms Russian cargoes aboard non-Russian owned vessels will be free to shuttle between Russian and UK ports, leaving a loophole in the vessel ban to keep energy supplies from Russia flowing into the UK 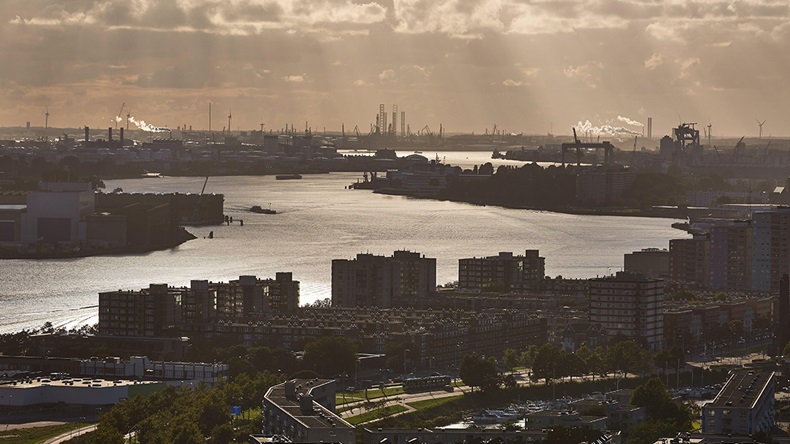 Governments seeking to block vessels owned or controlled by Russian interests from entering ports will have to track a global list of 6,448 vessels, according to Lloyd’s List Intelligence data.

That list includes all vessels flagged, owned or operated by entities based in Russia, including those beneficially owned rather than simply registered behind brass plate companies for tax purposes.

While the total fleet of vessels with Russian beneficial ownership links is vast, international scrutiny is likely to focus on the much smaller priority list of 429 internationally trading vessels of more than 10,000 dwt. Nearly 20% of these vessels are crude oil tankers. Bulk carriers and product tankers account for 16% and 12% respectively.

The UK Department for Transport (DfT) confirmed while the secretary of state retains the right to make exception, Russian cargoes will not be targeted by the ban, effectively allowing non-Russian affiliated vessels to load in Russian ports and discharge in the UK.

The UK ban, which entered into force at 3 pm GMT on March 1, was swiftly followed by the European parliament adopting a resolution on Tuesday calling for EU ports to similarly block Russian vessels from entering.

Crucially, this call went further to specify the ban should include “ships whose last or next port of call is in the Russian Federation, except in the case of necessary justified humanitarian reasons”.

While the resolution is not legally binding in its present format, the European parliament will now pressure EU member states, which can take such decisions by qualified majority, under the same procedure as the economic sanctions.

According to Lloyd’s List Intelligence vessel tracking data, around 256 ships with Russian ownership links are at present scheduled to arrive in EU ports by April 7.

Close to 200 vessels are scheduled to head to Russia, having called at either a UK or EU port. However, rapid voyage diversions have become standard practice over the past week.

As of early March 2 only nine Russian-owned or controlled vessels were still signalling the UK as their destination and only one Russia-flagged vessel – the chemical tanker Tecoil Polaris (IMO: 8883290) – remained in the port of Hull. At least a dozen Russian-controlled vessels had been anchored off the UK coast in the immediate aftermath of the ban taking effect, but by the afternoon on March 2 all had diverted, largely to European ports.

In 2021, 149 ports in the UK received Russian-affiliated vessels, with Immingham the most popular destination for Russian-owned traffic and the most common types of vessels being small general cargoships.

The DfT is understood to be in the process of drawing up a blacklist of all vessels to be denied entry into UK ports, which will quickly be distributed to harbour masters and port officials.

The UK legislation published on March 1 allows the secretary of state “to control the movement of Russian ships or specified ships by requiring them to leave or enter specified ports, proceed to a specified place or remain where they are”. It also includes powers to detain Russian vessels and to direct them out of British ports, although the DfT said these powers would be applied on a case-by-case basis where needed and in close discussion with the port.

Lloyd’s List understands the UK ban has sparked a series of urgent calls from UK ports seeking clarification over the orders.

The UK National Grid has already challenged the DfT over whether the ban applies to shipments of liquefied natural gas (LNG). The decision on LNG imports may require sign-off from the Business, Energy and Industrial Strategy (BEIS) department and the National Grid has raised concerns it has legal and contractual obligations to receive vessels and does not have any control over the origin of the LNG they contain.

The UK received 3.91 million cubic metres of LNG from Russia between February and December last year, about 17% of the nation’s entire imports of the supercooled fuel for the period, according to data from Lloyd’s List Intelligence’s LNG trade report.

Russian-affiliated LNG has already started diverting away from the UK. The Christophe De Margerie (IMO: 9737187), owned by sanctioned Russian operator Sovcomflot, had been scheduled to arrive at the Isle of Grain terminal from Russia on March 4 but Lloyd’s List Intelligence showed its destination changed to France immediately after the UK ban was announced by transport secretary, Grant Shapps, on Twitter.

Russia supplied the UK with close to 3.61 million tonnes of crude oil in 2021. This accounts only for 1.4% of total Russian oil exports, as per data from Lloyd’s List Intelligence APEX.

The rapid introduction of the ban has left industry officials, individual companies and several senior government officials struggling to keep up with the commercial implications of the changes being announced.

“The impact of vessels not being allowed into UK ports is that owners and cargo interests are struggling to work out what to do with their vessels and cargoes. Payment is becoming difficult and is likely only to get worse as matters progress. Credit terms need to be considered carefully,” Sally-Ann Underhill, shipping partner at global law firm Reed Smith, said.

“But the issues go much further. War risk clauses, safe port provisions and force majeure/exceptions clauses are all coming under scrutiny. Owners with Russian crew on board are considering what steps they need to take and what difficulties they may face at certain ports. And those with Ukrainian crew on board are facing issues when their crews ask to be repatriated.

“Redelivery is also becoming an issue again as rates rise and charterers decide to keep vessels even when notices of redelivery have been tendered.”

Meanwhile, the exodus of shipping businesses rapidly extricating themselves from Russian-affiliated business continued apace on March 2.

“Bunker Holding and its affiliates have suspended all trade with Russian counterparties. This goes for any Russian company, state-operated as well as privately owned, along with companies with links, ties or affiliation to a Russian ownership,” a statement issued to Lloyd’s List said.

Commodities trader Trafigura, meanwhile, has frozen investments in Russia and is “reviewing the options in respect of our passive shareholding in Vostok Oil in which we have no operational or managerial input”.

Watchlists are now available for Seasearcher subscribers to identify and monitor Russian-affiliated vessels and companies. Subscribers can activate the watchlists here.  Not yet subscribed? Save time and effort completing sanctions compliance checks, investigations and monitoring vessels for illicit activity, by requesting a demo of Seasearcher Advanced Risk & Compliance.