Existing Subscriber? Sign in to continue reading. If content does not display, please refresh your browser.
Sign In
New to Insurance Day? Register for our free email digests:
Register
Tags:
Coronavirus International Losses 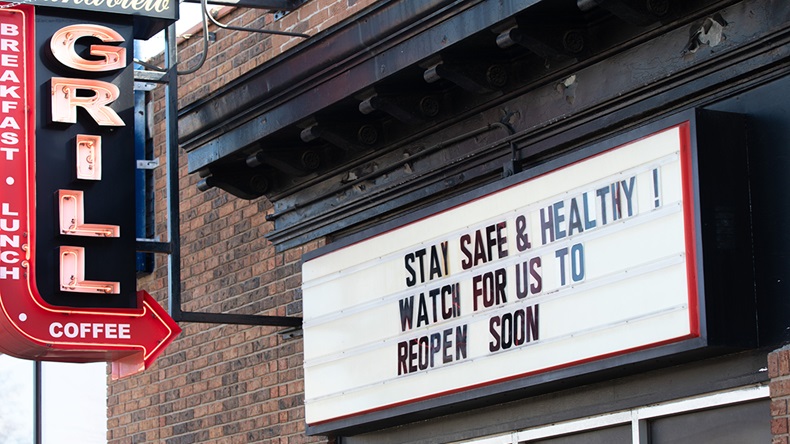 Source: Justin Berken/Shutterstock.com Business interruption cover could prove one of the least-affected exposures

Cumulative claims from Covid-19 are likely to represent the largest catastrophe loss the re/insurance sector has experienced, with some estimates putting the claims bill as high as $100bn.

Several factors have combined to mean Covid-19 is also the most difficult loss event the industry has had to assess and re/insurers have taken a range of approaches as they try to quantify the impact of the pandemic during first-quarter earnings commentary.

Unlike a typical catastrophe event, Covid-19 is ongoing. The virus is continuing to claim lives and with the last global pandemic having occurred more than a century ago, there is no historical comparison for an event such as this affecting a globalised economy.

The event is also unmodelled, meaning the usual relative certainty about exposures provided by the industry’s array of modelling tools is missing when trying to assess Covid-19.

Uncertainty as to the duration of the event and the lack of certainty about what exposures sit within portfolios has required insurers to take a ground-up approach to assessing its impact.

The outcome has seen the industry take a far from uniform approach to providing claims guidance for the event. Several companies have booked reserves for future claims in their first-quarter results, but these estimates remain highly uncertain.

Duration is one of the major factors in determining Covid-19 losses and the largest source of uncertainty at present. The extent to which lockdown periods are extended will play a significant role in determining the ultimate insured impact on various covers.

The length of the economic disruption remains a major unknown given the uncertainty surrounding how major economies will exit lockdown periods and whether further restriction may need to be implemented should a second surge of virus cases emerge.

During first-quarter disclosures some companies have reserved for the impact of losses in sub­sequent quarters, while others have factored in only losses incurred during the first three months of the year.

Axis Capital, for example, established reserves of $235m during the first quarter but the majority of this was incurred but not reported (IBNR), with only a portion of that total paid to date.

Furthermore, the figure was based on the US keeping its “shelter in place” restrictions in force until July 31. An extension of that deadline could see additional covers triggered, but Axis did not disclose which covers and the likely financial impact.

AIG recorded a $272m Covid-19 hit in the first quarter, which again included a significant IBNR element. Travel and related accident and health losses accounted for $86m of the total, with the remaining $186m relating to business interruption, contingency, commercial property, trade credit, workers’ compensation and losses at Validus Re.

Arch Capital recorded $87m of Covid-19 losses across its property/casualty (P&C) operations, of which 59% occurred in its reinsurance business and 41% in its insurance segment. These IBNR reserves related to occurrences up until March 31.

Axis Capital established Covid-19 reserves of $235m in the quarter, the majority of which was IBNR, with the figure based on the US keeping its “shelter in place” restrictions in force until July 31.

Hannover Re booked Covid-19 reserves of €220m ($237.6m) in its first-quarter earnings, with losses expected from event cancellation, business interruption, credit and surety. The reinsurer said it may incur secondary impacts from US casualty, directors’ and officers’ liability and errors and omissions.

Swiss Re recorded reserves of $476m related to Covid-19 in the first quarter, split between P&C reinsurance ($253m) and Swiss Re Corporate Solutions ($223m). The reinsurer said its total event cancellation exposure is in the mid- to high triple-digit million-dollar amount for 2020, most of which will be booked in the first half of the year.

Business interruption may prove one of the exposures less affected by duration, as most covers in place have sub-limits that restrict cover to a certain time period.

What has become clear during recent weeks is the extent to which virus and pandemic exclusions are more explicit in the US than the UK.

Markel Corporation, which provided perhaps the most detailed disclosure regarding its Covid-19 impacts, said virus exclusions “are not prevalent in the UK market”, with the firm analysing wordings to assess where it believes affirmative coverage may exist.

As is the case with Axis, Markel’s $325m first-quarter Covid-19 claims bill is predominantly IBNR, reflecting expected business interruption and event cancellation losses in subsequent quarters – and, in Markel’s case, the estimate factors in expected losses in these classes for the remainder of 2020.

Both Axis and Markel said they have made provisions within their reserving for additional legal expenses amid expectations of increased disputes over claims.

Hiscox is already facing several disputes regarding its decision not to pay out on UK business interruption claims, with more than 200 clients now preparing to launch a legal challenge to the decision. Hiscox has estimated that its losses could be as high as £250m ($308.6m).

Secondary claims impacts will also emerge as a result of the pandemic, but it is too early to fully understand the extent of these impacts. Trade credit will have severe claims impacts should insolvencies accelerate, but these claims will take time to emerge.

Certain companies, such as predominantly US-focused insurers Chubb and Travelers, provided relatively limited disclosure on Covid-19 during their first-quarter earnings reports. Chubb estimated it faces a $13m hit for the quarter, while Travelers said it had recorded $86m of Covid-19 charges, which included a two-percentage point combined ratio impact from Covid-19 in its commercial segment results.

In both cases, the insurers are expected to record more material reserve charges in later quarters.

The full claims impact from Covid-19 will take several years to crystalise, particularly for losses emerging from recessionary impacts such as those in the trade credit and casualty space.