Existing Subscriber? Sign in to continue reading. If content does not display, please refresh your browser.
Sign In
New to Insurance Day? Register for our free email digests:
Register
Tags:
Political Risk and Trade Losses Coronavirus 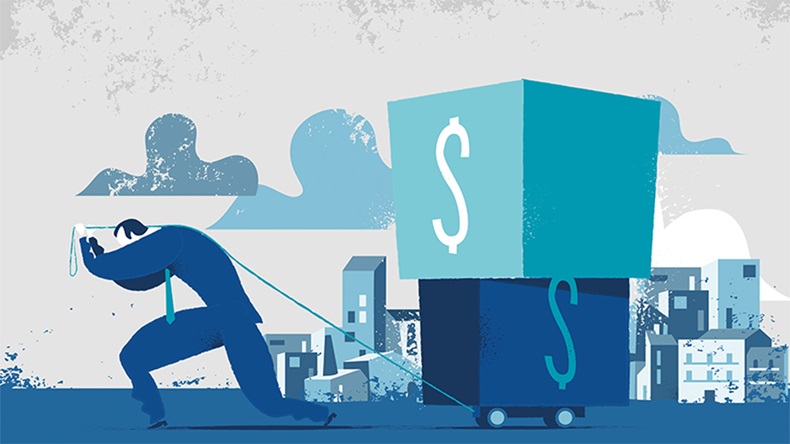 Source: Hurca/Shutterstock.com Some insurers are claiming carriers are braced for claims as Covid-19 is a 'Black Swan' event

A storm is heading for the trade credit insurance sector as Covid-19 threatens company insolvencies and payment defaults on a scale never seen before.

At the start of April, Moody’s B3 negative and lower corporate ratings list already contained its record tally of 311 companies, suggesting Covid-19 will lead to more corporate defaults than the global financial crisis of 2008/09. However, ratings only tell part of the picture and the number of unrated firms that will go bust will be many times higher, sending shockwaves through global supply chains.

“Carriers are bracing for a tsunami of claims as this is a Black Swan event for the industry,” Scott B Ettien, global head of trade credit for Willis Towers Watson, says. He predicts the downturn from the crisis, in combination with ongoing social distancing measures, may trigger the highest global insolvency rate in history, as companies of all sizes struggle with liquidity.

Governments are doing their best and collaborating in a way not seen for decades to save jobs and businesses. “What companies need more than anything at the moment is cash,” Bernie de Haldevang, head of credit, political risk and crisis management at Canopius, says. He adds: “By solving one problem with their response, governments often create another, and stopping people and goods going across borders has a big impact on trade credit.”

Sectors such as online services, food distribution and logistics may be booming in the crisis but those focused on the sale of goods face a cashflow squeeze that is likely to eclipse the liquidity crunch of the financial crisis. Indeed, the World Trade Organization estimates a fall in merchandise trade between 13% and 32% for 2020, a decline worse than in 2008/09.

With global trade drastically hampered and supply chains creaking, payments are inevitably being delayed and a wave of defaults is around the corner. If suppliers do not get paid, they turn to their trade credit insurance policies, which offer protection against non-payment by customers due to insolvency, protracted default or default.

While some business interruption insurers wrestle with clients – and themselves – over whether their policies will pay out, there is no such contention in the trade credit space. The coverage is straightforward in its scope and very rarely includes pandemic exclusions, so credit insurers know they are on the hook for a hefty bill.

“There are many bespoke wordings in the market, so each will stand on its own merits, but we’re not expecting a high level of claim denials based on Covid-19,” Ettien says, adding: “We are not receiving any signals from the carriers that this will be a denied event.”

In the first half of 2019, Berne Union members reported a declining volume of new commitments alongside a 21% increase in claims compared with the same period in 2018. Already facing a challenging trade environment – exacerbated by negative trade policy and deteriorating macro-economic conditions – they paid claims of more than $3bn in the first half of 2019. That figure will be much higher in 2020 and climb further in 2021.

The next year could be very turbulent indeed for small specialist carriers, although the trade credit insurance market is dominated by powerhouses like Munich Re, which have the balance sheets to absorb major systemic events. There is, never­theless, pain ahead even for these super-capitalised carriers.

“Trade credit exposures are, comparatively, barely more than a rounding error for the property/casualty market overall, which absorbs nat cat losses in the billions every year and continues to grow. However, unlike a hurricane, this trade credit loss scenario is global and will drag on for months,” de Haldevang says.

With governments still keeping economies afloat artificially, there has been little claims activity yet. “At this point, we are fielding requests for extended payment deadlines and not many claims,” Ettien points out.

However, the lockdown has already crystalised losses and as companies return to a changed business landscape, payment delays and defaults will soon be converted into claims. “In essence, the insolvencies have already happened, but we just don’t know which buyers at this point,” Ettien warns.

Eddie Feather, claims leader in Marsh JLT Specialty’s trade credit practice, expects credit insurers to respond to legitimate claims from policy-compliant companies, but points out insureds have certain obligations under their insurance contracts in how they deal with late payments from their customers.

For example, all trade credit insurance policies have late payment triggers. These extension periods allow a period beyond the due date for customers to pay, after which the insured must report the account and put it on stop, possibly triggering formal collection actions by either the insurer or the insured. Policies also place a duty on insureds to report adverse information, such as cashflow difficulties or operational challenges. “All insureds have a duty to minimise loss if a customer encounters difficulties,” Feather says.

With many customers unable to pay debts or requesting longer payment terms, repayment proposals or return of stock, companies may feel caught between supporting their customer base and ensuring they do not prejudice their credit insurance cover, Feather says.

It is, however, in carriers’ interests to be as flexible and understanding as possible in these unprecedented times. “In many cases, the credit insurance market is the ‘silent bank’ on these exposures. If carriers prove inflexible and fail to work with insureds and their buyers, it will expedite insolvencies which is what they want to avoid,” Ettien says.

“The end game is for both the insured and the carrier to avoid loss if possible, not slip into in­solvent situations.”

Just as international governments are showing unprecedented unity in their response to Covid-19, insurers, too, have adopted a collaborative approach with insureds to minimise fallout from the crisis, as they recognise that in this scenario no one is to blame. As de Haldevang puts it: “There is not a financial wrong to right.”

The key objective is therefore to buy as much time as possible. Ettien says carriers are working with both the insured and the buyer to facilitate payment streams on outstanding debt while trying to support new shipments, if required. “The key here is to decipher those situations where it’s too late for the buyer,” he adds.

Often, insurers will have a much broader view of credit problems brewing within a supply chain than their clients and can provide valuable insights to insureds as they see payment deterioration or filed claims on a buyer, he adds.

In addition to giving discretionary powers to policyholders to extend credit terms to buyers without additional consent, Berne Union reports its members are also attempting to ease pressure on insureds and their customers through various provisions including: expedited approvals process and extended validity period of offers; extended time for notification and claims filling; concessions and waivers on premiums.

Modelling for a loss of this kind will be seriously challenging and carriers may have to think carefully about which companies they insure and on what terms. More than likely, the trade credit segment will have to rely on some external support to manage its exposure. Ettien predicts just like after the global financial crisis, the use of alternative financing tools such as receivables purchase programmes and receivable securitisations will spike.

Meanwhile, trade credit insurers are calling on governments to form some kind of backstop to eliminate the small but real risk of carriers going bust or withdrawing capacity from certain segments of the economy. There are several potential structures, from the government providing reinsurance of last resort to quota sharing with the reinsurance industry, but many questions remain. Where would reinsurers attach, for example? Would the backstop be structured geographically or globally? Would trade credit gets its own backstop or be included in a blanket pandemic backstop covering multiple lines of business?

Either way, having a backstop in place would provide a safety net to allow trade credit carriers to continue to offer capacity across the whole economy. But even this may have its challenges. “Asking a trade credit insurer to take off its commercial hat and continue to offer limits when a company may be in trouble will take some reconditioning,” de Haldevang says. “Not every organisation will be able to get its arms around that.

“When that backstop support is switched off, which could easily and inadvertently be mistimed and lead to insolvencies, underwriters would then have to put their commercial hats back on again and decline risks they would have written with the guarantee in place,” he adds. “It’s difficult for an insurer to wear both hats and that could cause problems for insureds.”

Reshaping the trade credit insurance safety net in the years ahead will be complex. The first priority is to successfully negotiate the large, expensive claims challenge that will soon rear its head.