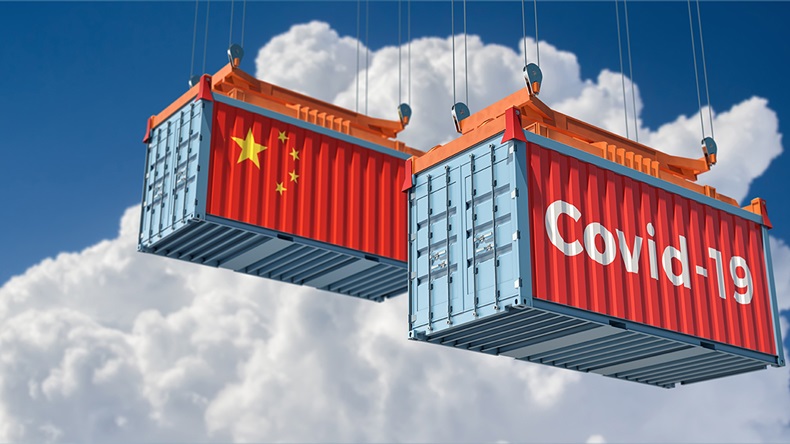 Source: Lightboxx/Shutterstock.com Many problems have arisen from inconsistent Covid-19-related port and border closures or entry restriction

The concept of force majeure is a familiar one in the maritime sector, but in relation to Covid-19, it is proving highly contentious as a basis on which to make, but also, increasingly, on which to deny, an insurance claim.

For insurers, the issue is further complicated by the fact that some jurisdictions are considering passing emergency legislation with the effect of allowing businesses, under certain circumstances, to make a claim on their business interruption policies where they would not have otherwise been able to do so. This proposal is still very much in its infancy, but the re/insurance industry and its lawyers are keeping a watchful eye.

Typically, as far as the liability of a carrier, a charterer or logistics service provider is concerned, the inability to provide services as a result of quarantines associated with Covid-19 is likely to be governed by the force majeure provisions, which are included in most transportation contracts. For example, the standard bill of lading or contract terms of carriage are likely to free charterers and logistics companies from the responsibilities inherent in those contracts due to their inability to provide services during the crisis.

However, loss adjusters say many problems and grey areas arise from the limited availability and unequal distribution of container volume across the world, as well as from inconsistent Covid-19-related port and border closures or entry restrictions, which have led to goods being rerouted via ports different from those initially scheduled and thus leading to extra costs for demurrage, carriage, storage, handling and so on.

According to Dominique Breton, head of marine at Sedgwick France, vessels are sailing under­loaded and the restriction of services at ports are causing extra delays. “Under these conditions, the shipowners are unable to provide the service expected. The poor loading conditions for vessels call into question the contractual duties of the charter party and shipowners feel entitled to invoke force majeure,” he says.

Not surprisingly, numerous operators and service providers in the maritime industry are currently looking to invoke force majeure clauses within the contracts to limit their liability. This is at the same time as they are considering whether or not their insurance gives them protection from the inevitable economic downturn.

But companies quickly find they need to check their contract terms and conditions very carefully indeed to ensure force majeure provisions will apply.

“They also need to ensure they have the correct business interruption cover. They should also be liaising with the relevant governmental department so that whatever they choose to do is backed by the authorities,” Gemma Pearce, head of marine at law firm BLM, says.

Only a few businesses in the maritime sector will have taken out business interruption insurance, which is not usually offered as part of the standard marine insurance package. They are often added to existing covers for an additional premium. However, the timeframe and the circumstance under which insureds can claim against such covers for loss of income during a period in which they cannot operate as normal is usually limited.

For example, insurance against the closure of the business, whether by the government or the competent authority, will obviously respond if the authorities close down the entire operation. “But they won’t necessarily be covered for the loss of revenue if only part of the business is out of action or if the workforce are struck down or simply refuse to work out of fear of infection,” Pearce says.

Indeed, Covid-19 has significantly increased the level of uncertainty for marine policyholders in terms of how their insurance cover will respond. According to Breton, a critical question raised previously, but very much highlighted by the Covid-19 crisis, as to whether an underloaded vessel can, or cannot, legally be considered to be off-hire, is still unresolved and fuelling the sense of uncertainty. Another issue for the sector is the deterioration of insured goods as a result of delays. Under some war risk contracts, particularly those issued in France, this risk is excluded. “However, the natural deterioration of goods insured as a result of delays is indemnified when it occurs on board a ship. In general, these cases are reviewed by insurers on a case-by-case basis,” Breton says.

“There may be some policies that will extend cover beyond physical damage, but these are rare and few of them cover losses arising out of a pandemic and/or specific acts of governments,” Pearce says.

She refers to reports of arguments being raised in recent court cases in the US that Covid-19 does in fact cause physical property damage. “This is being argued on the basis that contamination from toxic substances has, in the past, been considered such by courts around the world, including in the US, England, Australia and France,” she continues.

However, this is an argument that previously has rarely succeeded and the physical damage requirement remains the issue, and a very significant one, for parties to overcome. “If a policy specifically excludes damage from contamination or pandemic or another applicable event, this argument is likely to be undermined further,” Pearce adds.

Given the lack of mitigation from the insurance industry of businesses’ Covid-19 losses, companies in the maritime sector and governments are increasingly looking to what solutions for redress can be provided under force majeure provisions.

For contracts entered into after the outbreak of the pandemic in China, it may be more difficult to argue Covid-19 should fall within more general wording. From an insurance perspective, Pearce says, it is likely Covid-19 will be classed as an unforeseeable event, until such time as evidence to the contrary may be adduced.

“That said, once again, for contracts entered into after the outbreak, it is unlikely the unforeseeable element of the force majeure clause may prevent reliance on the same,” she says.

Pearce points out there is no general concept of force majeure in English law: an expressed contractual clause is required and its effect will depend upon the specific wordings of the clause. “Force majeure clauses are generally construed strictly, although due to the current climate, there is likely to be more leniency by the courts in allowing a party to rely on such a clause. The question of whether a party can invoke such a clause and how this is to be considered by insurers will much depend on how, if and when Covid-19 will be classed and whether it can in fact be classed as a force majeure event,” she adds.