Existing Subscriber? Sign in to continue reading. If content does not display, please refresh your browser.
Sign In
New to Insurance Day? Register for our free email digests:
Register
Tags:
Viewpoint 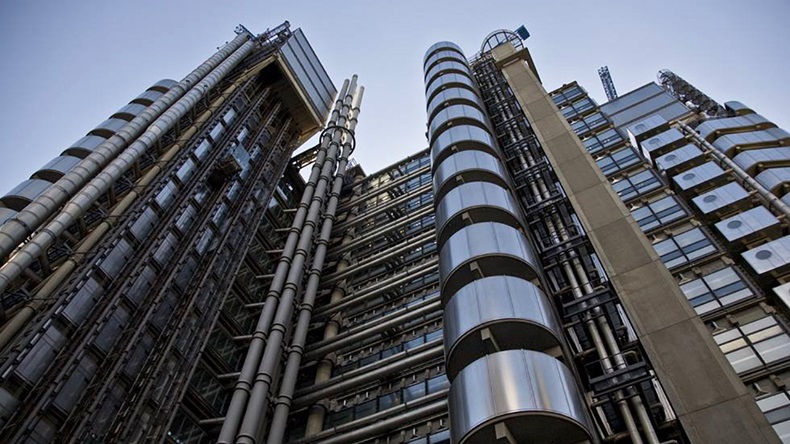 Lloyd's: ideally designed for those in the business of risk

Lloyd’s of London’s headquarters at One Lime Street are ideally designed for those in the business of risk. The building's famous glass lifts and conference rooms decked out in floor-to-ceiling windows are perfect vantage points from which to price and trade the insurable perils of the world below.

Last year, two geopolitical shocks rattled the glass walls of Lloyd’s and the rest of the London insurance market. The June 23 referendum result in favour of Brexit, and that autumn’s shock election of Donald Trump as US president, provided ample opportunity for pessimistic prognostications about the future relevance of London as a global insurance centre.

Since then, these concerns have largely eased. Insurers, brokers and the Lloyd’s marketplace have responded in measured fashion, setting up hubs within the EU in case tough negotiations between the two parties fail to guarantee easy access to EU markets, while also signalling an intention to keep the bulk of their operations in London.

The volume of chatter in the market­place was disproportionate to the actual risk. Out of Lloyd’s total gross written premiums, only 11% come from continental Europe. A mere 4% of the total is dependent on passporting rights that could be lost when the UK leaves.

Likewise, worries that Donald Trump’s America-First trade policies would strangle the supply of risk from the much more important US market proved unfounded. There has been no attempt by the new administration to (further) favour US re/insurers over their foreign peers.

Yet, all is not well in the London market. The London Matters report (published by the London Market Group in 2014 in partnership with Boston Consulting Group) and an update in 2017 showed that, slowed by its structural inefficiencies and caught wrong-footed by the agility of other insurance centres, London is losing its relevance. Gross written premiums from emerging markets fell from $10.5bn in 2013 to $9.3bn in 2015 even as those markets grew. Its share of global reinsurance premiums steadily dropped from 15% in 2010 to 12.3% in 2015. The lack of employee diversity in the marketplace remains an embarrassment.

Still, there is cause for optimism. The capital’s insurers are famous inter­nationally for paying fair claims on time, and the market is built on the predictability of a legal system used as a model by other countries. The credibility of the Lloyd's market's top brass is heavily invested in the Target Operating Model that they promise will bring Lloyd’s into the modern digital era.

We will call out shortcomings, but also showcase what the market is doing right.

The glass walls of Lloyd’s also have great views of the Willis Building, the Walkie Talkie and the Cheesegrater – headquarters to some of the market’s big players. Their stable grandeur makes it difficult to believe they are relatively new additions to the London skyline. Another new addition is the list of names that testifies to foreign players’ enduring confidence in London: MS Amlin, Sompo Canopius, XL Catlin.

Such openness to change is needed by the London market now more than ever, most of all in protecting clients against the wide array of perils collectively called “cyber”. Dominic Christian, the executive chairman of reinsurance broker Aon Benfield International, predicted in 2016 that gross written premiums in this business will, within the span of current careers, eclipse those from motor insurance, which is now the biggest line of business worldwide with premiums of $671.3bn in 2014 according to Finaccord, a research firm.

Yet, cyber remains a vastly under-insured peril. Buyers complain the policies on offer are too expensive, and too small for the needs of the biggest clients. Developing appropriate solutions that appeal to clients is a massive challenge. But the London market’s un­paralleled depth of underwriting expertise gives hope it will be met.

Alongside that of the London market, a digital transformation is under way at Insurance Day, starting with a new website that better showcases our in-depth coverage of the issues that matter most to you.

My ambition as deputy editor is to build on Insurance Day’s position as the go-to publication for the world’s greatest insurance marketplace. We will do so by reporting on the market comprehensively, intelligently, and above all else, fairly.

We will call out shortcomings, but also showcase what the market is doing right. Got a success story you think sets you apart from the competition? We’d like to hear about it, and you could walk away with a prize at our London Market Awards. Submissions close at the end of this month, with the main event on November 23 at the Hilton London Bankside. I’d love to see you there.